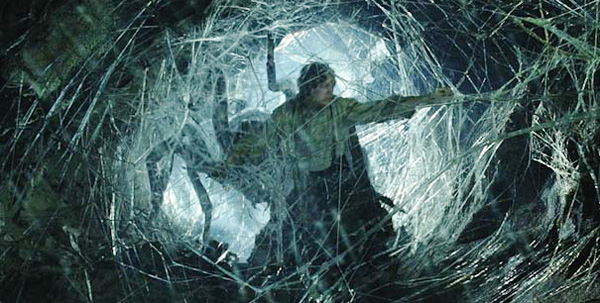 It started first in 2007 near Lake Tawakoni, about 40 miles from Dallas. Described as “something out of a low-budget horror movie,” a glistening spider web draped trees like shrouds, covering an area as big as a football field. The web was constructed by thousands of Guatemalan long-jawed spiders working in concert for the first time.

Now they’ve appeared in Rowlett, a Dallas suburb, spinning as one, producing a giant web that is slowly attempting to encircle the city. The spiders typically work alone, and see other spiders as competition. This new cooperation among the apparently super-intelligent arachnids is certainly cause for alarm, and a reason to turn to the scriptures for enlightenment. 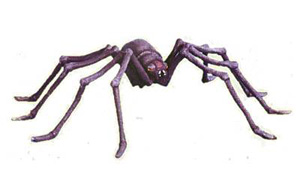 The Bible is curiously silent about the involvement of spiders in End Times events, but there are some clues.

“So are the paths of all that forget God; and the hypocrite’s hope shall perish: Whose hope shall be cut off, and whose trust shall be a spider’s web.” (Job 8:14-15)

Could the spiders be sent to expose the hypocrisy that permeates the city of Dallas? Has widespread fracking by the rapacious oil and gas conglomerates roused the critters from their underground slumber?

“The locusts have no king, yet go they forth all of them by bands; The spider taketh hold with her hands, and is in kings’ palaces.” (Proverbs 30:28-29)

Hmm. Does Dallas have a “king”? Could their goal be to infiltrate Jerry Jones’ opulent Cowboys Stadium in Arlington? That’s the biggest “hut” we’ve got around here. 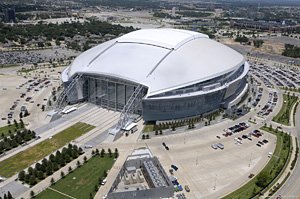 All I know is there are 700 species of spider in the Holy Land, and rest assured, none have created giant “football-field sized” webs. Ever.

Isaiah 59: 3-6 gives us a look at the spiritual meaning of the spiders’ web.

Speaking of those whose “hands are defiled with blood,” and whose “lips have spoken lies,” the prophet goes on to say, “They hatch cockatrice’ eggs, and weave the spider’s web” and “their webs shall not become garments, neither shall they cover themselves with their works: their works are works of iniquity, and the act of violence is in their hands.” 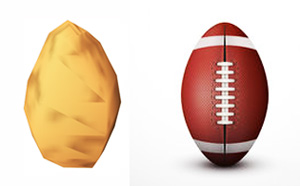 This is all very obscure, but I think it’s obvious that some combination of “acts of violence” – violent “fracking,” combined with violent, concussion-causing “smacking” in the football stadium – is creating a vortex of dread and mania among the spiders of North Texas that they feel they must respond to with their ever-growing web.

A cockatrice egg is not unlike a tiny football in appearance (see above). And the Cowboys’ brawl with the St. Louis Rams during practice this week was surely a foreshadowing of a coming widespread breakdown of law and order.

My spidey senses tell me that if the Guatemalan long-jawed spiders are not halted here and now, we’re doomed to be enveloped in a “world wide web,” with no one to blame but ourselves.