God releases “Zack Snyder”-style cut of The Book of Revelation 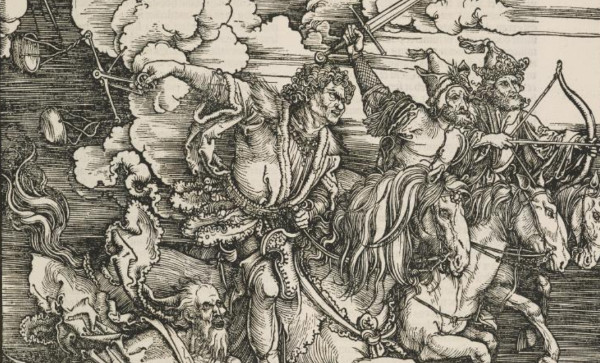 Note: The following includes spoilers about the new director’s cut of “The Book of Revelation.”

God says his new revision of the original Book of Revelation adds five chapters and a number of plot devices that never made it into St. John’s version, which was originally released in 95 A.D.

“The new story displays the brazen, auteurist vision I had planned for the end of the world,” God explained. “After 2,000 years, I decided John’s version just did not embody the turbocharged delirium I’m known for.” 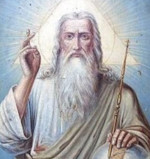 The new chapters include a long monologue called “The Complaint of the Harlot Babylon,” which adds a sympathetic backstory to the Great Whore, and provides some pathos to her final destruction.

“I know John was laboring under duress during that original production,” God said. “And truth be told, he was short of writing materials there on Patmos. This revision was just long overdue.”

The original story line, God said, was that Jesus would gather a team of powerful comrades to help him bring justice to world history. A lot of that got thrown out because it was believed it was a distraction from the through-line to the climactic Armageddon.

One of the new chapters summarizes the thread of redemption from Genesis through the coming of Messiah and throws in a few choice predictions of events in medieval and modern history.

“At the time we thought these prophecies mentioning Gutenberg, Hitler and Alexander Fleming’s discovery of penicillin might distract from the ultimate conclusion. I’m putting that back in now, since it’s all happened already – what the heck.”

Instead of the seven vials of plagues poured out on earth’s hapless creatures, the new work adds three more – melancholia, irritable bowel syndrome and an STD.

“It makes sense when you take the first letters of each passage and interpret them through gematria numerology, but a lot of that gets lost on non-Jewish audiences, so we removed it. Now it’s restored.”

The description of the New Jerusalem in Chapter 21 now includes “Rick Steves-like” interviews with some of the heavenly city’s inhabitants.

Finally, God explained that he added a denouement, with short soliloquys by Satan, the Beast and the Great Whore billboarding sequels that are already in the pipeline.