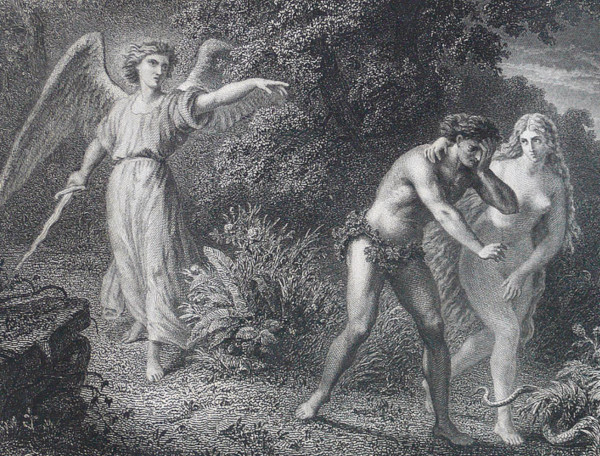 I woke up this morning with the radio playing a clip of Sen. Rand Paul. He was decrying the mask and vaccine mandates that are conditioning us for tyranny, making us live in fear and subverting our liberties.

I know all about mandates. My wife mandated I get the Moderna vaccine earlier this year, so I did.

But this was disturbing.

Crawling out of bed, I scraped off all the paperclips, refrigerator magnets and kitchen cutlery stuck to my magnetized skin, got dressed and started researching.

What I found was appalling: a nefarious conspiracy against personal freedoms whose origins date from the very dawn of history.

The Supreme Being Himself seems to have started the whole thing off. First, God shut down the Garden of Eden, ruining its economy. Its inhabitants were deemed  “contaminated,” and the temporary evacuation mandate continued pretty much forever. Noah and his family received the same treatment – locked down in the Ark, a clear example of government overreach. Later, Lot and his family were issued an evacuation mandate, as Sodom and Gomorrah came under a total shutdown order…with “extreme prejudice.”

Most conspiracies somehow seem to involve the Jews, and this one is no different.

Moses (the “George Soros” of his day) forced all his people to lock down inside their homes on Passover, after smearing the blood of a lamb on their doorposts (an untested and unproven preventative at the time). Any firstborn sons of liberty bold enough to defy the ban were supposedly struck down by an angel of death. Moses defended this egregious curtailing of freedoms by pleading the need for “safety.”  Out in the wilderness of Sinai, he forced lepers to quarantine outside the camp, claiming they were “unclean.” Later, his high-handedness caused many individualists, like Dathan and Korah, to rebel.

The Torah later mandated that each house must have a parapet around the roof to keep visitors safe from falling. No objection is recorded, even though we all know that it’s not government’s job to keep us safe and healthy. 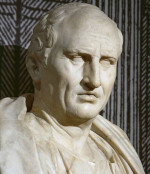 In the first century B.C., Roman political philosopher and statesman Cicero really muddied the waters with his legal maxim, Salus populi suprema lex – “The health of the people should be the supreme law.” (This bogus idea somehow even became the motto of the State of Missouri).

Another philosophical idea that gave tyranny some wiggle room was the whole communistic “social contract” idea during the Enlightenment. Thomas Hobbes proposed that the existence of civil society presupposes certain duties on the part of the state, foremost of which are the safety and well-being of its citizens. Citizens on their part then consent to give up some of their rights and liberties to  benefit from this. John Locke expanded on this, saying each person has a natural duty not only to preserve himself but also, as much as he can, to preserve the rest of mankind. 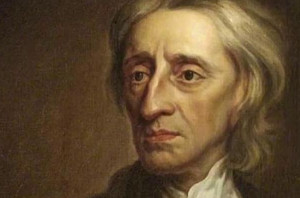 John Locke: Would you take medical advice from this guy?

You call that “enlightened?” I say the “rest of mankind” can pull themselves up by their own bootstraps, thank you very much.

Later, John Stuart Mill proposed his “harm principle”: “The only purpose for which power can be rightfully exercised over any member of a civilized community, against his will, is to prevent harm to others.”

Against my will? Really? Who died and made you king!

Closer to home, the conspiracy to deprive Americans of their liberties through mandated vaccines, masks, lockdowns and other public health efforts started almost at the birth of our republic.

The seeds of tyranny were planted early when George Washington, a notorious flouter of liberties, ordered all his troops to be vaccinated for smallpox in 1777.

Yes, I know. Father of Our Country. I couldn’t believe it either.

Promoters of tyranny were even able to slip a loophole into the Constitution itself. The Tenth Amendment specifically gives states general ‘police powers’ to secure and preserve the public’s health and safety, among other local state concerns. 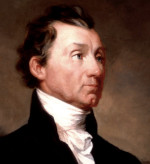 Later, James Monroe, future president and previously a strong opponent of federal power and an ardent supporter of states’ rights, surprisingly issued a strict quarantine in 1800 after a yellow fever epidemic broke out while he was governor of Virginia. City mayors were instructed to build separate housing for those stricken with the disease, and provide care for them while forcibly keeping them away from the population.

Monroe defended his actions by citing the “great importance to humanity as well as the general interest of Society.” Some documents  from the Main Stream Media of the day assert this somehow prevented the disease from hopping from port to port, but who can say?

Did Monroe act merely in a moment blindness, or was he part of the deeper conspiracy? We may never know.

After that, the flood gates were opened to onerous, unreasonable, arbitrary and oppressive health restrictions.

In Gibbons v. Ogden (1824) Chief Justice Marshall noted  that a state had the power to quarantine “to provide for the health of its citizens.”  And as early as 1827, Boston required vaccination for school attendance. 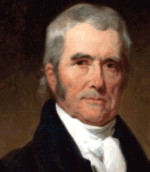 Some reports of these “public health” actions are shocking. In 1873 a Bangor police officer and a physician forcibly pulled Martin Haverty’s child “out of the arms of the mother” in order “to remove it to the city hospital” for quarantine due to suspected smallpox infection. This seemed to override the Constitution’s protections against warrantless entry into a secured home. But Maine’s Supreme Court ruled: “The maxim salus populi suprema lex is the law of all courts and countries. The individual right sinks in the necessity to provide for the public good.”

Over the years, this conditioning of Americans to give up their freedoms for frivolous reasons infected even our highest court.

In 1905, the Supreme Court declared (in Jacobson v. Massachusetts) that a Massachusetts law mandating the smallpox vaccine did not violate the Constitution and affirmed that “in every well-ordered society charged with the duty of conserving the safety of its members, the rights of the individual in respect of his liberty may at times, under the pressure of great dangers, be subjected to such restraint.” They also determined that mandatory vaccinations were neither arbitrary nor oppressive if they do not exceed what is “reasonably required for the safety of the public.”

The ruling continued: “[T]he liberty secured by the Constitution of the United States to every person within its jurisdiction does not import an absolute right in each person to be, at all times and in all circumstances, wholly free from restraint. There are manifold restraints to which every person is necessarily subject for the common good.”

Nope. That just seems un-American to me.

In Adams v. Milwaukee (1913) the Supreme Court even took away our God-given right to drink spoiled milk, somehow claiming it was “necessary for the protection of the public health.” (Guess they never heard of buttermilk).

Another Supreme Court case in 1922, Zucht v. King, specifically affirmed that requiring proof of vaccination from public schoolchildren was constitutional.

This all led to increasing requirements – supposedly for protecting the public – of vaccinations for the military, for school children and in other areas of society.

Even religious belief was no protection from this evil conspiracy. Its tentacles seemingly reached everywhere.

The Supreme Court stated in 1941, “The right to practice religion freely does not include liberty to expose the community … to communicable disease.”

Thankfully, Title VII of the 1964 Civil Rights Act temporarily derailed this trend by granting exemption from the flu vaccine mandate if the objection was based on “sincerely held religious belief, practice, or observances.” 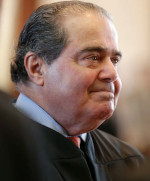 But that glimmer of hope was mostly snuffed out. Justice Antonin Scalia (a known enemy of personal liberties) speaking for the Supreme Court in 1990, insisted that laws advancing civic obligations such as compulsory vaccination may override claims of religious freedom.

I decided it was time to take this fight to the barricades.

I was sure I had a valid religious objection when I protested against a mask mandate at my grandkid’s school board meeting. I claimed we were all created in the image of God, and a mask obscured that image from shining forth in all its glory.  The real trouble began when I realized my clothes were also obscuring that divine image, and I stripped down to my skivvies. Before I got completely naked, I seem to have somehow lost the moral high ground. The security guard made me cover up with the “Don’t Tread On Me” flag I had brought, before he escorted me out the door. But the fight is not over!

Eventually, of course, the conspiracy to trade our natural rights for “the good of the people”  seemed to win out. Americans were all forced by the government to wear seat belts. Then motorcycle helmets. Later it was all about “second-hand smoke.” Sheesh!

In 2005 President George Bush added “novel influenzas” to the list of federal quarantinable diseases and stated that in the event of an influenza pandemic, it might be necessary to use the military to enforce a sanitary cordon around an American city, like in that Dustin Hoffman movie, “Outbreak.” Remember, in that film we were only a whisker away from the government’s  Operation Clean Sweep nuclear bomb virus solution. Who knows what they’re planning today!

Increasingly frequent wildfires in the western United States have given socialist governors an excuse to issue draconian “evacuation mandates,” forcing residents away from their private property and denying them the right to be burned to ash along with their precious possessions.

But let’s be clear. I’m not giving up the fight.

My right to board an airliner without wearing a mask while possibly carrying a deadly transmissible disease was what our Founders fought and shed blood for (except George Washington, of course). I think even the 600,000 Americans who have died so far during the Covid-19 PlanDEMic would stand with me and agree… if they had any breath left… and could stand. 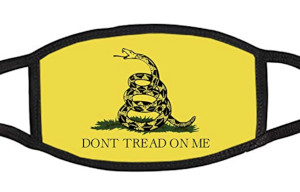 Although in a moment of weakness I took the vaccine, I’m urging my neighbors to depend on their own God-given immune systems (carefully bolstered over the years with fast food, white bread, red meat and gallons of sugary sodas) to keep everyone safe from here on out.

Furthermore, stay armed and vigilant in the face of Biden’s house-to-house vaccination “surveyors.” Before I submit to “protecting the common good,” the Coronavirus will have to pry my 9mm Glock 43  handgun from my cold, dead fingers.