Cringe: The sci-fi TV series we’d like to see

The series begins by introducing theological theoretician Walter Brueggemann, who has just been released after having spent many years of confinement in a small fundamentalist seminary in Minnesota.

He assists The Cringe Division, a special unit that investigates unexplained, often ghastly, examples of faulty religious explanations of reality, ranging from transhumanist interpretations of ancient manuscripts, to Jesus Seminar heuristics, to religious experiments in postmodern community gone wrong, to the prospect of a destructive theological “singularity,” to the possible collision of two parallel world views.

When something activates the team’s “cringe factor” they leap into action to investigate the causes.

The team discovers Walter has a “Walternate” who, in the parallel reality, is a televangelist and part-time Shopping Channel host. 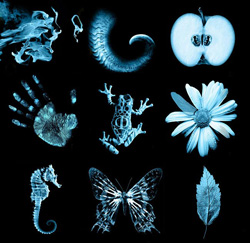 The “Walternate” has sent shapeshifting minions– nameless, faceless, easily replaceable beings who have little or no personality– to join various religious and spiritual groups in an attempt to mislead the Cringe Team while the real threat is secretly being developed: opening a “bridge” between the dimensions that will destroy both worlds and replace them with the fantasy world generated by our own collective bogus doctrines, ignorance and wishful thinking.

Next Week: Olivia suspects she gained her psionic powers as a child by ingesting leftovers at one of those “Coke and Oreos” folk communion services that were hip in the ’60s.

Skippy R is retired after toiling as a scribe for a large denominational newspaper in Texas for about 40 years. He's written for The Wittenburg Door and Beliefnet. He lives in Dallas with his wife, Mrs. Skippy, and leads a Bible study in his home. Mostly spends time running after his grandkids. He is -- what are they calling it now? -- a Jesus follower.
View all posts by Skippy R →
This entry was posted in Review and tagged Brueggemann, Cringe, Fringe. Bookmark the permalink.
Share via
Facebook
Twitter
LinkedIn
Mix
Email
Print
Copy Link
Powered by Social Snap
Copy link
CopyCopied
Powered by Social Snap