Imprecatory Prayer is Back, and None Too Soon! 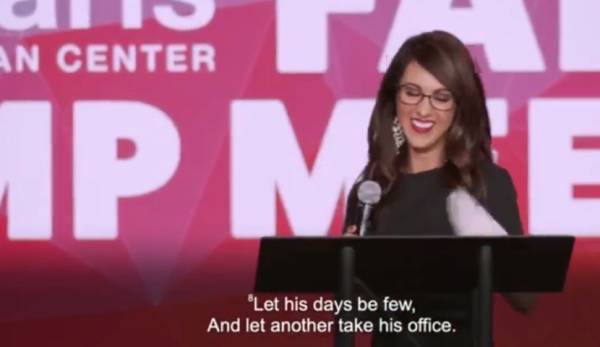 It’s been so long, that I had to look up the meaning of “imprecatory” again because it’s not something I slip into everyday conversation.

Imprecatory means “To invoke evil upon; to curse.” But it derives from the Latin verb precari, meaning simply “to pray, ask or entreat.”

Somewhere over the years it changed to mean something very bad, which happens a lot among us humans.

“I do want you to know that I pray for our President. Psalm 109:8 says, ‘May his days be few and another take his office.’ Hallelujah! Glory to God,” Boebert said with a laugh as the crowd clapped and cheered.

What a thigh-slapper! I hadn’t heard that one since 2007, when former Southern Baptist Convention second vice president and California pastor Wiley Drake invoked it to curse the leaders of Americans United for Separation of Church and State. They had encouraged the IRS to investigate Drake’s practice of using the resources of his church to urge the support of a specific political candidate. (The SBC now has bigger fish to fry, it seems, but that’s another story). 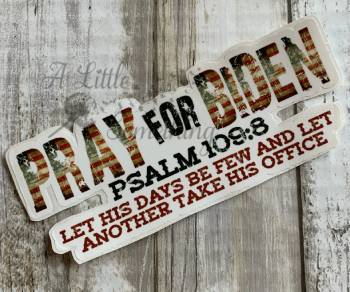 Later the phrase was jokingly directed at President Obama, and then it was all over the place.  I even saw it on a political bumper sticker.

Bumper-sticker theology is better than no theology at all, I guess. But since we’re talking about the FREAKING HOLY BIBLE after all, this might deserve a closer look.

The extent of this curse in Psalm 109:6-15 is pretty grim. Besides calling for his death, it says the condemnation on this evil person will extend to his family and his descendants, too.

David wrote during a time of despair in his life, possibly when he was being pursued by King Saul. At any rate he was surrounded by enemies either trying to keep his kingdom from becoming reality or attempting to bring it down around him.

Psalm 109 has historically been recognized as one of the Messianic psalms, in which David pours out his heart in words that foreshadow the wrenching inner thoughts and emotions of Jesus, the “Son of David,” as He approached the crucifixion.

The specific quote Rep. Boebert threw out in her stand-up routine was quoted by the Apostle Peter in a more somber atmosphere.

In Acts chapter 1, Peter is discussing the suicide of Judas. Judas, many feel, wanted Jesus to be a more radical, anti-Roman, political Messiah (if I remember the “Jesus Christ Superstar” script correctly). Did Judas sell out his Master in an attempt to push him to be more like the Messiah he imagined he wanted? Perhaps. After betraying Jesus for 30 pieces of silver, Judas tried to return the blood money before hanging himself in shame and despair. Peter explains that the verse in the psalm that says “Let another take his office” was a prophecy directing them to seek a replacement for his position among the disciples.

All the terrible curses implied in this section of the psalm only make sense if we understand they are directed at this future traitor to the faith. Although Jesus tells us to love our enemies, Judas’ destiny was in his own hands, and he chose evil. He brought the curses on himself.

The whole of Psalm 109 is a gut-wrenching journey through what Jesus experienced by that betrayal. And it should be a sober warning to each of us what is at stake in the claims of the Gospel. We can choose to join Jesus in a life of self-giving – embracing suffering and even persecution as coming from the hand of the Father. Or like Judas, choose a life of self-seeking, following (as Judas did) our own vision of personal or political priorities as more important than following the Master.

The one thing that Judas couldn’t do was repent. He could “regret” – what the Bible calls the “sorrow of the world that leads to death” – but he couldn’t turn away from himself and back toward God.

I personally need to be aware that if I choose to follow my own ideas instead of Jesus, I could end up cursed like Judas. God can raise up followers from the cobblestones on the street if He so chooses (Matthew 3:9), and someone else can “take my office.”

So I applaud politicians appealing to the scriptures. But instead of laughing it off, we need to dive in deeper.

But, you know, all this might not fit on a bumper sticker.