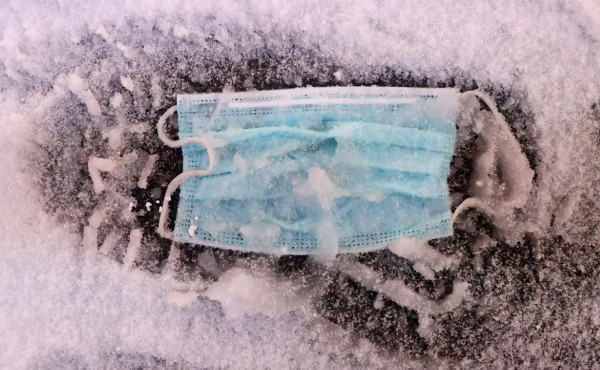 Well, this is long overdue. See it?

A mysterious stain on a cast-off cloth mask has been found to display a blurry image of infectious disease expert Dr. Anthony S. Fauci.

The mask was first noticed a few days ago in the parking lot of a Walmart in Greensboro, S.C., by a security guard as he made his rounds. 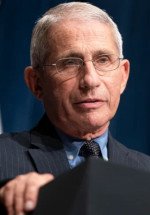 The guard, Steve McLeashe, said he first thought the dirty mask was simply trash, and picked it up to toss in the garbage bin. “But then something caught my eye. I think it was the deeply empathetic look in Dr. Fauci’s eyes.”

A few other images have appeared of Dr. Fauci around the world this year, but most have been proven to be dirty boot prints, random water stains or optical illusions. About 129 billion face masks are being used and trashed every month around the world.

Bishop Ronaldo Gleason of the South Carolina diocese, said the image is being checked for authenticity. “Very few miraculous apparitions have appeared before on common PPE,” he explained. “With hope in such short supply during the pandemic, many will take this discovery as an encouraging word from on high. The excitement is becoming contagious.”

Roads outside the Walmart had to be shut down because of crowds hoping to see the mask on display in its small shrine. Few appeared to be following social distancing guidelines.