Half a ‘Thumbs Up’: After investigation, Joyce Meyer sorta steps up to accountability 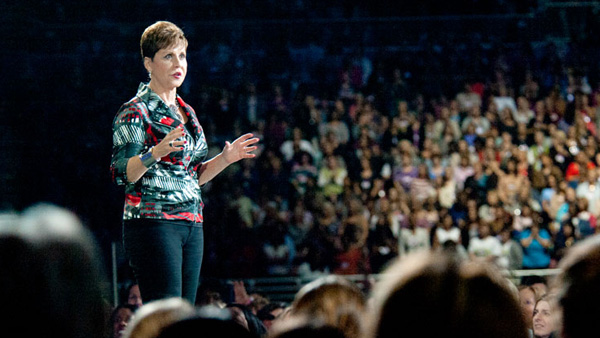 We’ve got to applaud Joyce Meyer Ministries after reading reports she has brought her ministry into line with financial accountability standards.

But she only gets half a “thumbs up.” 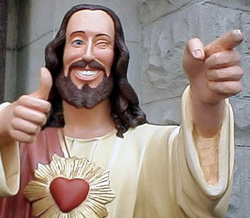 Meyer was targeted along with ministers Benny Hinn, Creflo Dollar, Paula White, Eddie Long and Kenneth Copeland in a financial probe launched in 2007 by Iowa Sen. Chuck Grassley, ranking Republican on the Senate Committee on Finance. The prosperity preachers were dubbed the “Grassley Six.”

Meyer and Hinn responded to the inquiries and were commended by the panel for doing so. But the investigation, seen by many as a failure, ended in 2011 by referring the problem to the Evangelical Council for Financial Accountability (ECFA). Meyer’s was the only ministry to actually join the ECFA.

Meyer’s ministry, founded in 1985 as Life in The Word, expanded its board from eight to 12 members when it joined the ECFA in 2009, about two years after the Senate probe was launched. Previous scrutiny by the St. Louis-Post Dispatch allegedly had also prompted the JMM board to reduce its CEO’s salary and change how Meyer financially benefits from her lucrative book sales.

So why not give her a full “thumbs up?”

Well, Lori Ann Potter, Meyer’s public relations liaison, still insists (in a July 29-30 email exchange with The Christian Post) that “Joyce Meyer Ministries was already transparent,” and that changes in the practices of the ministry “were not a result of Sen. Grassley’s inquiry.”

And yet, a recently released annual financial report failed to include the salaries paid to members of Joyce Meyer Ministries’ board of directors, specifically, to her husband and two sons.

Skippy R is retired after toiling as a scribe for a large denominational newspaper in Texas for about 40 years. He's written for The Wittenburg Door and Beliefnet. He lives in Dallas with his wife, Mrs. Skippy, and leads a Bible study in his home. Mostly spends time running after his grandkids. He is -- what are they calling it now? -- a Jesus follower.
View all posts by Skippy R →
This entry was posted in News and tagged JoyceMeyer, ThumbsUp. Bookmark the permalink.
Share via
Facebook
Twitter
LinkedIn
Mix
Email
Print
Copy Link
Powered by Social Snap
Copy link
CopyCopied
Powered by Social Snap