Ugly Christian Band of the Week: House of Heroes 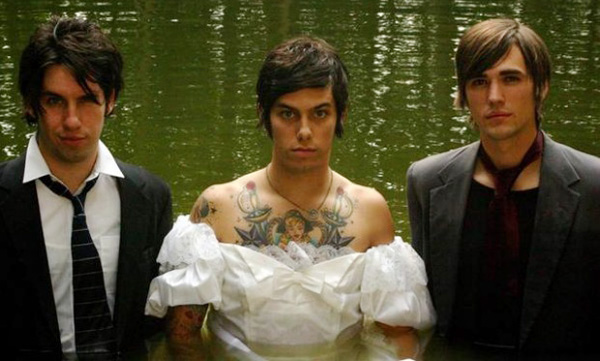 When I saw this photo of the Columbus, Ohio, Christian band House of Heroes, my first thought was, “Yeah, this is a heroic effort to look stupid.” Or, maybe that guy dressed up like a girl on a dare. Truly heroic. Actually, I’m thinkin’ I might feel a little uncomfortable in their “house of heroes.”

Maybe this is a commentary on the difficulty, first discussed by the Puritans, of merging a believer’s maleness with his identity as a member of the Bride of Christ. More probably it’s something their manager put them up to.

In any case, House of Heroes definitely needs to man up.