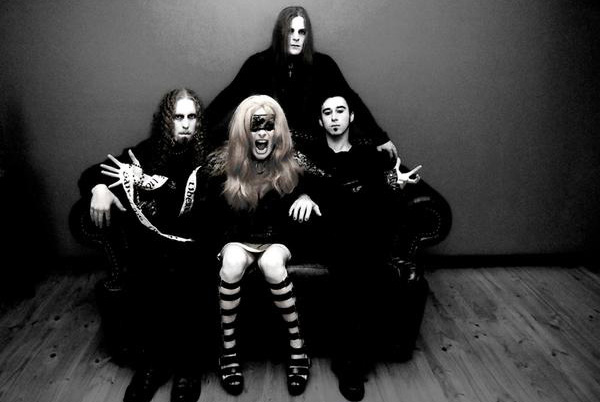 Virgin Black is a critically acclaimed gothic-doom metal Christian band from Australia. Its music attempts to “highlight the difference between the organized Church and the spiritual aspects of Christianity.” It’s name is supposed to reflect “the juxtaposition of purity and humanity’s darkness.” Be that as it may, they need to give some very serious thought to their appearance. I don’t know if anyone told lead singer Samantha Escarbe that you can look right up her dress in that photo. And is she draped in crime-scene tape? The whole photo is so dark you can barely see what these young people look like. Their style decisions are hiding their gothic-doom gospel under a bushel. Let the sun shine in, kids.