Franklin Graham: How much did Jesus earn?

I always figured Franklin Graham was doing great work through his Samaritan’s Purse charity organization, helping the needy around the world and riding around on his motorcycle when he was back in the States. And he was always smiling.

But when he took over his father’s evangelistic association, he got a furrowed brow and starting making controversial pronouncements about politics and foreign policy. I wondered, “Is anything wrong, Franklin?” 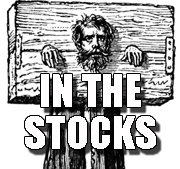 I shouldn’t have worried. He simply became a typical CEO with an ulcer. He’s been busy piling up cash because he wants to be able to “work for free when he reaches 70.” (Wouldn’t that be nice.)

Religion News Service reports that “Franklin Graham’s annual compensation of $880,000, revealed in a Charlotte Observer story, has some worrying that too many top Christian nonprofit leaders as well as pastors are seeing themselves as CEOs instead of as God’s servants.”

By contrast, only 3 percent of churches with more than 1,600 people in attendance pay senior pastors more than $300,000, said Warren Bird, research director at Leadership Network.

Among the exceptions: Ed Young, Southern Baptist senior pastor at Fellowship Church in Grapevine, Texas, pulled in well over $1 million, according to a 2012 Dallas television news report. And in 2013, his last year as pastor at Seattle’s Mars Hill Church, Mark Driscoll was drawing a $607,000 package, with a $150,000 raise promised.

So what’s wrong with that?

The Evangelical Council for Financial Accountability requires that “Compensation-setting practices should be consistent with generally accepted biblical truths and practices,” according to its guidelines. I suppose that means biblical practices like humility and simplicity.

So, Rev. Graham, you might want to consult your Bible and try to match what Jesus, Peter or Paul pulled down in a year for their ministry services. (And, oh yeah,  Paul doesn’t count because he was bi-vocational).

Our ‘In The Stocks’ feature returns us to the era before mass media, when village miscreants were pilloried for purposes of public mocking and ridicule.

Skippy R is retired after toiling as a scribe for a large denominational newspaper in Texas for about 40 years. He's written for The Wittenburg Door and Beliefnet. He lives in Dallas with his wife, Mrs. Skippy, and leads a Bible study in his home. Mostly spends time running after his grandkids. He is -- what are they calling it now? -- a Jesus follower.
View all posts by Skippy R →
This entry was posted in In The Stocks and tagged FranklinGraham. Bookmark the permalink.