Focal Passage: Ecclesiastes 9:10 – “Whatsoever thy hand findeth to do, do it with thy might.”

Although I’m currently under a grand jury investigation for possible coercion and bribery, and I’m planning my 2016 presidential campaign, I couldn’t turn down the invitation to share God’s word with the readers of Blind Folly. 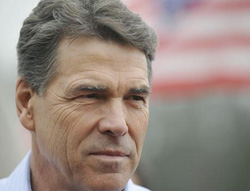 You know why? Because it’s the BUSY people who get the most done. Whether it’s governing, politicking, coercing or bribing, you’ve got to give it all you’ve got.

We’re called to do everything “as unto the Lord,” no matter what. Zeal! That’s what this country needs! And organization. If you fail to plan, you plan to fail. And vice-versa.

The inappropriately named Travis County Public Integrity Unit thinks I pulled funding from a prosecutorial unit because its Democratic district attorney refused to resign after pleading guilty to drunken driving. What’s wrong with that? Now the special prosecutor says he’s “very concerned about certain aspects of what happened here.”

I asked to enter the grand jury room through the back door to avoid the media jackals, but they wouldn’t let me. I could let this distraction get me down. I could take my eye off the 2016 prize, so to speak. As I told NBC News on May 4, “America is a place that believes in second chances.”

I’m taking that second chance. Does America have the courage to take it with me?